Religious and ambassadors unite to take on fight against human slavery

There are 9,240,000 people currently in modern slavery, which manifests itself globally through forced labor, forced marriages, human slavery and human trafficking. As such, the global community just remembered Dec. 2 as the International Day for the Abolition of Slavery.

One key group fighting it is Talitha Kum. It is a worldwide network of consecrated people who fight against human trafficking and was started by religious sisters. Now they have 22 networks to fight slavery in 76 countries.

SR. GABRIELLA BOTTANI
International Coordinator of Talitha Kum
“We work mostly in prevention of trafficking with educational programs, awareness raising campaigns. We are working also with the prevention of people that were rescued by trafficking in order for them to not be re-trafficked. For example, with professional training or giving the opportunity of scholarship to return to study.”

While Talitha Kum was started in 2009, religious communities have been fighting human slavery for nearly 20 years. Sisters, brothers and priests work with police to set victims free and help them get back on their feet. They also offer education to religious and lay people to spot those persons who are trafficked and how to help them.

SR. SALLY HODGDON
UISG Vice President
“Certain hotel chains train all their employees to find and to detect human traffickers when they bring people into their hotel and to call the police and stop it. So that's one way. Another way, of course, is to write to Congress to get more money put into stopping human trafficking. Another way is to make sure, in your country, as in the UK, they have a program to train not only their police force, but their troops going into war in different countries to find and to see where terrorists are using rape against women to get men to cooperate with them and to go into the rebel army for them.”

Governments are also involved, participating in the UN's Sustainable Development Goals to end Human Trafficking. More than 80 countries have signed up for the Call to Action, with the UK and Nigeria among the top four most common nationalities for referrals for sexual exploitation.

SALLY AXWORTHY
UK Ambassador to the Holy See
“There is a huge push from government, but working with other organizations, including the Church, the Catholic Church in England and Wales is very active to fight trafficking, to reach victims, to rescue victims and support them. But we know there also has to be an international dimension to this. It's a global problem and it can only be defeated through global cooperation.”

GODWIN GEORGE UMO
Ambassador Nigeria to Holy See
“The issue of trafficking and even the modern slavery, we're talking about, will have to be looked at from a very wide spectrum. “First and foremost you have to put everything in one coherent framework, analyzing the issues, coming out with solutions and then be able to prescribe exact treatment for them.”

These governments and Church leaders insist that spotting the traffickers, helping survivors and implementing methods preventing human slavery in the global market is the only way to combat this ever-so-present tragedy in the world today.

@romereports
Pope Francis comments on his trip to Canada during his General Audience. 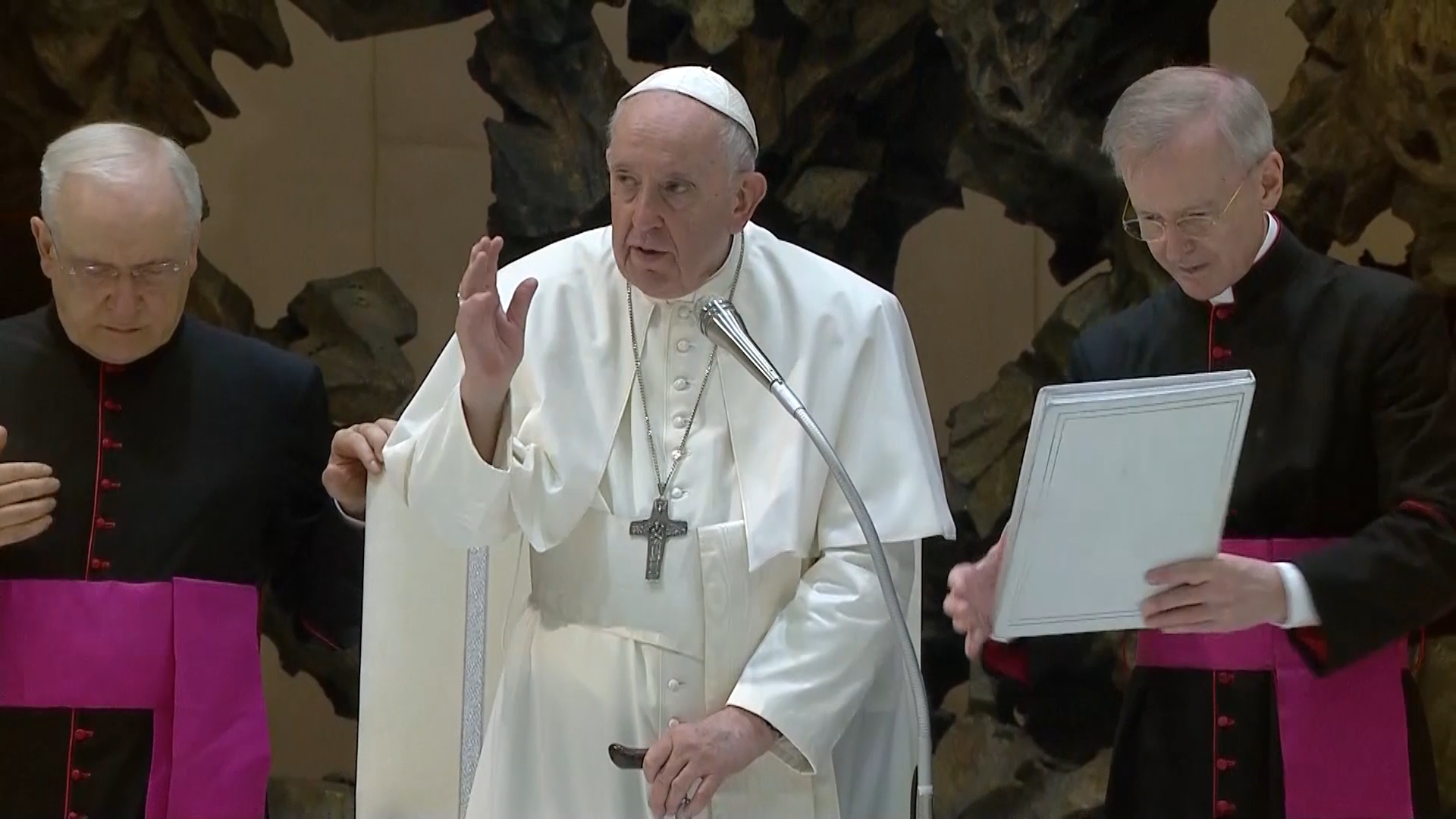