In Nagasaki, he paid homage to the survivors from the atomic bomb in the monument where all their names were written. While there, he asked the world to eliminate nuclear arms.

POPE FRANCIS
Convinced as I am that a world without nuclear weapons is possible and necessary, I ask political leaders not to forget that these weapons cannot protect us from current threats to national and international security.

He presided over a Mass next to a sculpture of the Blessed Mother, burned by the nuclear explosion. He remembered the victims of every war.

POPE FRANCIS
“Nagasaki bears in its soul a wound difficult to heal, a scar born of the incomprehensible suffering endured by so many innocent victims of wars past and those of the present, when a third World War is being waged piecemeal.Let us lift our voices here and pray together for all those who even now are suffering in their flesh from this sin that cries out to heaven.”

He also remembered the history of Christian persecution in Japan. On this particular hill 26 martyrs were crucified in the sixteenth century.

POPE FRANCIS
Let us pray with them and for them. Let us speak out and insist that religious freedom be guaranteed for everyone in every part of our world. Let us also condemn the manipulation of religions.

In Hiroshima, he visited the exact place where the atomic bomb exploded. He condemned the possession of nuclear weapons.

Pope Francis also wanted to offer his comfort to the victims of Fukushima. He heard the testimonies of the survivors from the earthquake, tsunami and nuclear disaster in 2011.

POPE FRANCIS
I am convinced of the need to deal with the nuclear question on the multilateral plane, promoting a political and institutional process capable of creating a broader international consensus and action.

He gave the youth the mission of constructing peace. He told them if they really want to grow and mature, they must stop living for themselves and live for others.

POPE FRANCIS
Many things have been invented, but thank God there are still no 'selfies' of the soul. To be happy, we need to ask others for help. We need to have the photo taken by another, that is, to leave ourselves and go out to others.

Before heading back to Rome, the students and teachers at Sofia University of Tokyo gave him a very significant gift. It was sculpture of Kannon, the Buddhist goddess of mercy. Since she resembles the Blessed Mother, during the persecution, the Nagasaki Christians used to pray to her without being discovered. 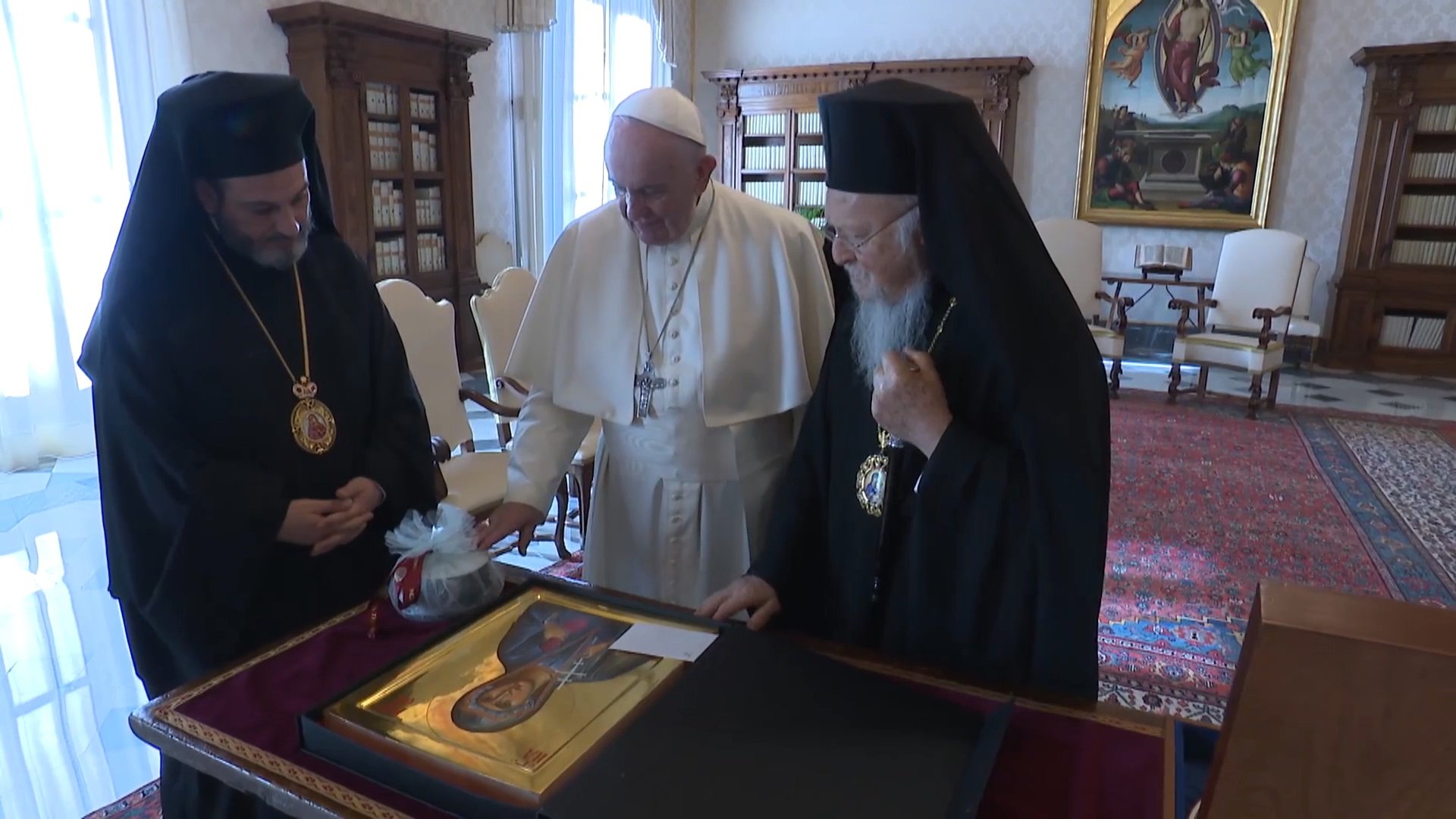