This is Johnpaul Aneke. He was recently ordained a priest and is now completing his studies in Rome. His family however, remains in his native Nigeria.

The country has been experiencing a wave of attacks by Hausa-Fulani herdsmen, nomads who for years have been looking to occupy grazing lands for their cattle.

Johnpaul's family is one of the many who have been forced to flee from the northern part of the country by sudden violent attacks. He recalls the day the sound of gunshots outside his home turned his family's life upside down.

FR. JOHNPAUL ANEKE
Salesians of Don Bosco
“We hid in the room and we waited for the situation to calm down. So from there, my mom bounded all of us into the car, the family car, and we drove straight to the military cantonment. Unfortunately, while we were still on the way to the military cantonment, we were accosted. We were stopped by these bandits, and they had already doused the car with gasoline in order to set it ablaze with my entire family inside.”

The military intervened and rescued Johnpaul's family, who then took a train to eastern Nigeria, where he says the situation is much more stable.

FR. JOHNPAUL ANEKE
Salesians of Don Bosco
“Since that moment, we've never gone back to the north. We left all the properties, everything. We only came down with the clothes that we were wearing, and then that was it. Now I still have some family members over there, and I've been in touch with them, and the situation actually is very precarious.”

Johnpaul says the government, under President Muhammadu Buhari, himself a Hausa-Fulani, has not done anything to ameliorate the situation.

FR. JOHNPAUL ANEKE
Salesians of Don Bosco
“We're hoping that with time, it will be addressed, and I think that the best way to address it is to engage each party in a mutual dialogue.”

Johnpaul also says a number of religious leaders, including members of the Catholic Bishops Conference in Nigeria, have been intervening to help those affected by this complex situation, that blurs religious and political contentions to the detriment of Muslims and Christians alike. Bishop of Nanterre on Nice attacks: Peace is not weakness, but true strength
Persecuted Christians
| Human trafficking survivor: We think it can never happen to us
Persecuted Christians
| 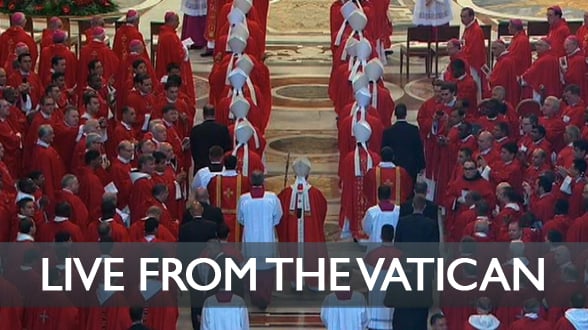