Cardinal Becciu trial: What you need to know before hearings open

On July 27, hearings will begin in a Vatican criminal tribunal to determine the involvement of ten individuals in the Vatican's failed 400 million dollar investment in a London property.

Among them is the former prefect for the Congregation of the Causes of Saints, Italian Cardinal Angelo Becciu. On July 3, Cardinal Becciu was formally indicted for embezzlement, abuse of office, and extortion.

The trial stems back to 2013 when initial steps were taken to purchase a building in London's Chelsea neighborhood by the Vatican Secretariat of State, where Cardinal Becciu was serving as substitute, or chief of staff.

Funds for the investment partially came from “Peter's Pence,” a collection among Catholics worldwide intended to support the pope's charities. The Church is reported to have lost about 100 million dollars in the London property deal after it says it was manipulated by brokers.

Cardinal Becciu denies any wrongdoing, yet last September Pope Francis stripped him of the responsibilities and privileges of cardinals, including the right to vote in the Conclave.

CARD. ANGELO BECCIU
“Yesterday until 6:02 p.m., I felt like a friend of the pope, a loyal person who carried out the pope's orders. However, he spoke to me and said he no longer trusts me. He no longer trusts me because the magistrates told him I committed the crime of embezzlement.”

The Cardinal is also being investigated for signing off on a donation of about 116,000 dollars to a charity run by his brother.

It will be the first time a cardinal stands trial before a Vatican tribunal of laypersons. In April, Pope Francis reformed the Vatican's criminal code to repeal the privilege of cardinals and bishops to be tried by a special court presided by three other cardinals. Shortly before, he explained the need for equal judgment before the law for all members of the Church.

POPE FRANCIS
"It will be necessary to take into account the overriding need for the current procedural system—also by means of appropriate changes in the law—to ensure the equality of all members of the Church and their equal dignity and position, without privileges that date back to earlier times and are no longer in keeping with the responsibilities that each person has in building up the Church.”

Several brokers involved in the London propery deal have also been indicted, as well as René Brülhart, the former president of a Vatican financial watchdog unit established under Pope emeritus Benedict XVI.

Although hearings are set to begin at the end of July, the trial is expected to enter full swing in the fall. Then, all eyes will be on the first cardinal to stand before a Vatican tribunal for financial crimes to watch how the Pope's ambitious financial reforms are implemented in practice. Pope Francis meets with President of Germany
The Church
| @romereports
“San José, ¿rezamos juntos?” proposes to look at the mysteries of the rosary focusing on St. Joseph. 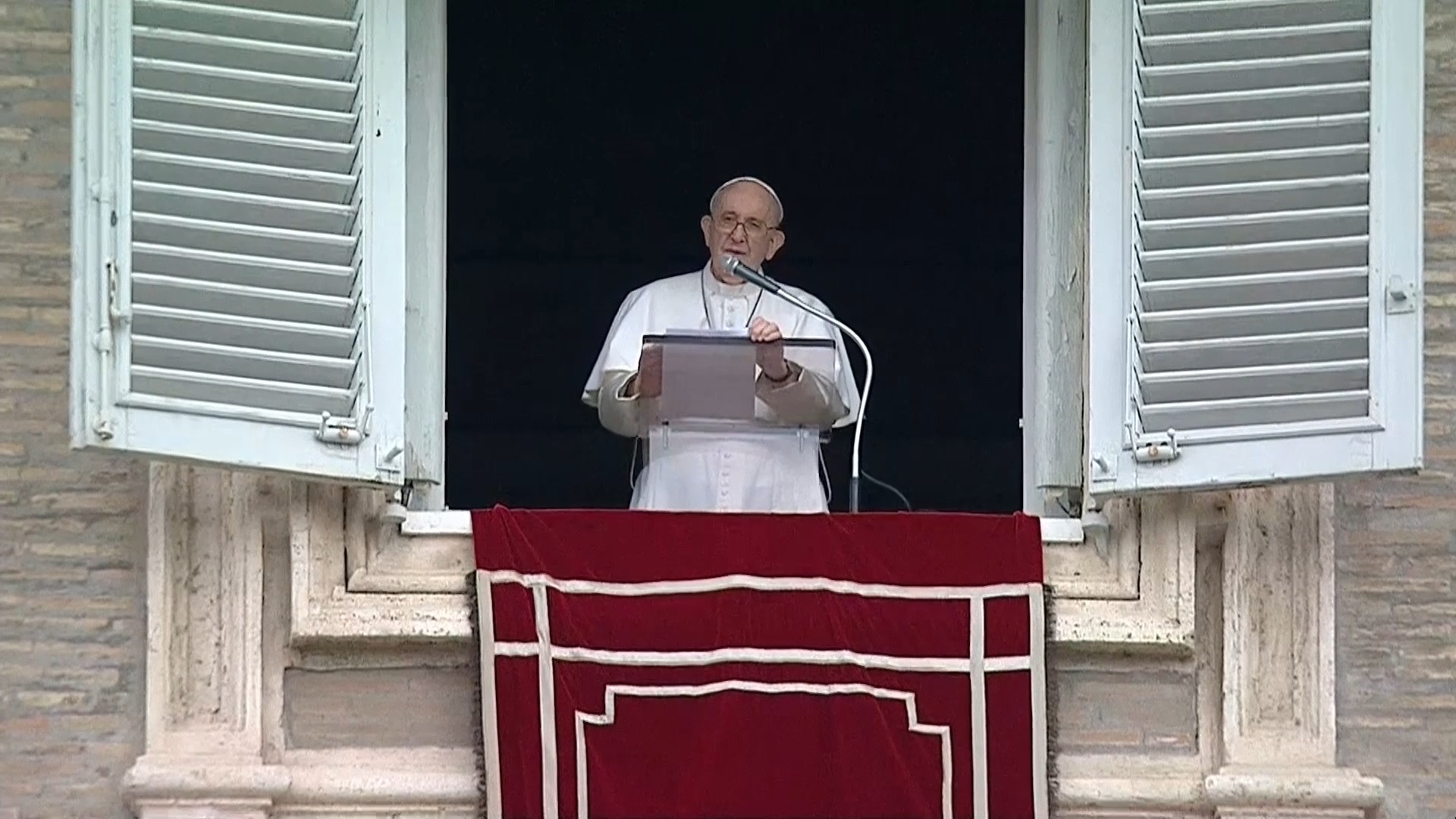 Pope Francis bid them farewell and thanked them for the motto they chose for the pilgrimage: “Better all together.” 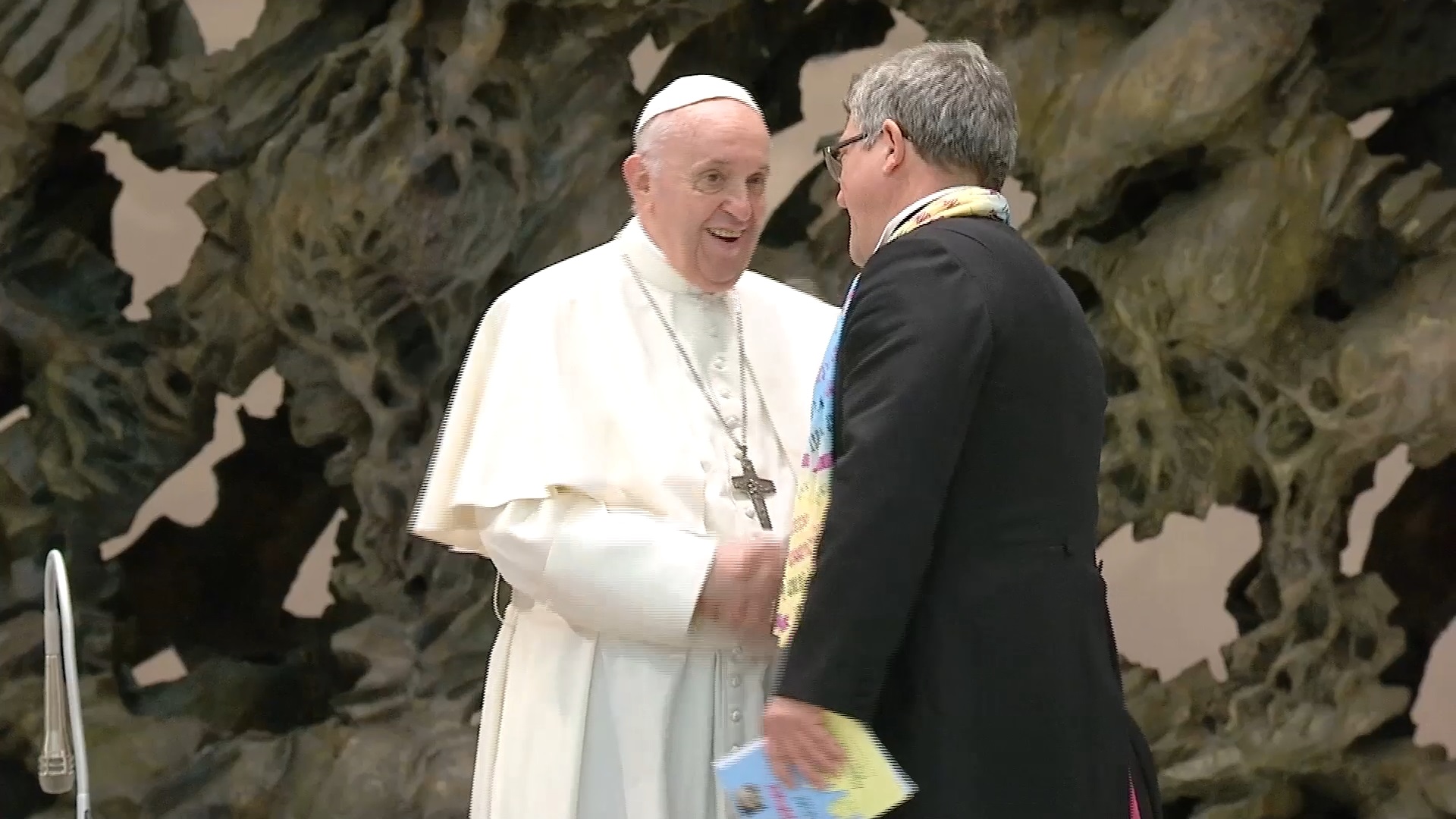